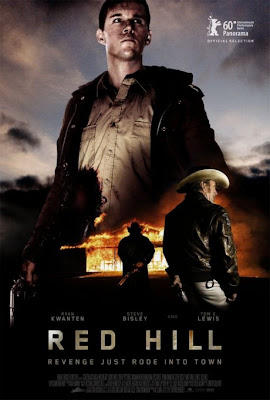 Red Hill is the name of a new Australian thriller that has just hit local cinemas (and no doubt other parts of the world).

So what possible crypto reference could be contained in an antipodean western set in an Outback town with gun-slinging Australian policemen and escaped convicts hellbent on revenge?

Ryan Kwanten's character is a city policeman looking for a quieter life in the country, but his move to Red Hill gets off to a strange start with reports of a mystery animal spooking horses and killing and eating cattle.

We won't say anymore about the film other than it looks like a decent action flick. This is also the first time since novelist Tim Winton's book

In the Winter Dark was made into a film that we've seen a big cat reference hit the mainstream Down Under (forget the fact it has nothing to do with the main storyline!).
There is another Australian film project featuring our very own ABC - Gone Missing, from Idyllic Films - which is still seeking finance. You can watch the trailer below:
Posted by RR at 21:19