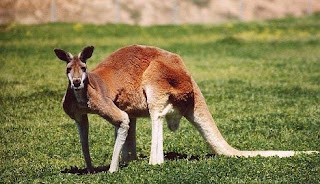 An Out of Place Animal (OOPA) a long way from home met an unfortunate end at the hands of a startled German driver this week.
A 53-year-old driver in the Lower Saxony town of Haren was startled when the kangaroo bounced into the path of his car on Wednesday. Despite slamming on his brakes, he hit and injured the animal.

With the help of a local resident, the man captured the kangaroo and took it to the nearby Nordhorn zoo. Vets at the zoo established that the animal had a serious leg fracture they were unable to mend. They therefore put the animal down.

Police announced on Thursday that it was still unclear where the iconic Australian animal had come from.