Geneticist: Dingoes in danger of dying out 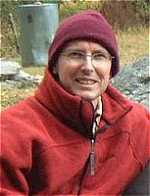 Dr Wilton’s research for the University of New South Wales proved dingoes are in danger of dying out through interbreeding in most other parts of Australia, something he says makes the pure strain on Fraser Island more significant.

He said pure strains on the east of the continent probably only exist on Fraser Island and in the Snowy Mountains.

Speaking at a recent fundraising dinner for the conservation group, Save Fraser Island Dingoes (SFID), Dr Wilton formally accepted the group’s invitation to become its patron and said the point of World Heritage listing is lost if island management does not protect wildlife there.

“The whole idea of having heritage areas is to preserve the species in those areas and that should be the priority,” he said.

He claims the mating of siblings among the island dingoes is a sign of a species in dire stress and close to extinction.

He was supported by former QPWS ranger Ray Revill, who now runs a private wildlife sanctuary at Maryborough.

Mr Revill says dingo issues did not exist in his time on the island, throughout much of the 1980s.

He said the four dingo feeding stations then on the island worked well and there was never any aggression from any of the animals.

Other speakers listed a range of other species which are now thought to have disappeared from the island.

SFID president Malcolm Kilpatrick said the organisation’s major funding priority at the moment is to support Rainbow Beach wildlife photographer Jennifer Parkhurst, who is due to appear in court again in November on a list of charges alleging feeding and interacting with dingoes on the island.

Can you imagine Australia without the dingo? http://www.abc.net.au/catalyst/stories/s1335391.htm