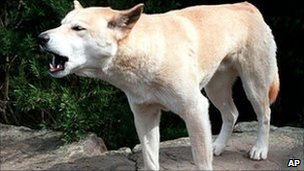 Thirty years after the disappearance of baby Azaria Chamberlain, whose parents always claimed she was taken by a dingo, Australia is preparing a new inquest to try to resolve the question.

Azaria's mother, Lindy, was found guilty of murder in 1982. But she was later exonerated after a piece of the baby's clothing was found in an area full of dingo lairs. The inquest will examine the question of whether the baby was taken by a dingo.