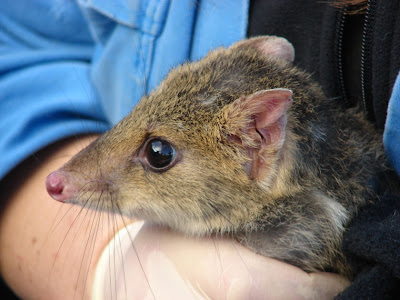 Eastern quoll numbers are declining in Tasmania, and scientists are worried.
The eastern quoll is a carnivorous marsupial and is sometimes known as a native cat.
Scientists predicted quoll numbers would rise as the Tasmanian devil population was decimated by the facial tumour disease.
But spotlighting survey work has shown numbers have fallen by half.
http://www.abc.net.au/news/stories/2010/07/16/2955349.htm
Posted by RR at 10:15