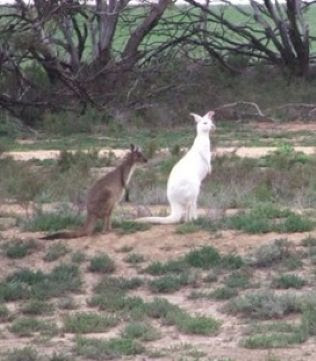 Weekly Times reader Malcolm Thompson was driving along the Manangatang-Ouyen Road in Victoria when he spotted this albino kangaroo and friend grazing in a paddock.

"I couldn't believe it," Malcolm said. "I've been knocking around the bush for 40 years and I've never seen a white albino anything, let alone a white albino kangaroo!" 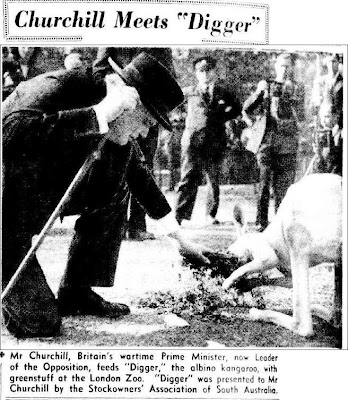 Albino kangaroos and wallabies are not as uncommon as you might think.

In Australia's infancy they were considered to be prized gifts to other countries and frequently shared headlines with world leaders.

The sighting brings to mind the famous meeting between Winston Churchill and 'Digger' the albino kangaroo at London Zoo in 1947.

The CFZ have come across several old clippings about albino kangaroos and wallabies.

We also know Taronga Zoo founder Sir Edward Hallstrom also used to breed albino kangaroos at his property in Sydney, and gifted one to President Truman in 1952 - poor 'roo! Or was it a case of 'hoo-roo'? 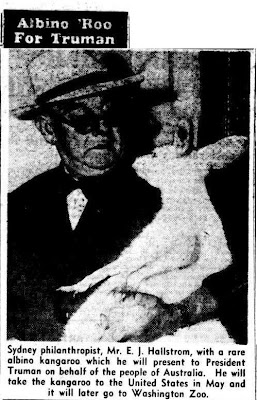 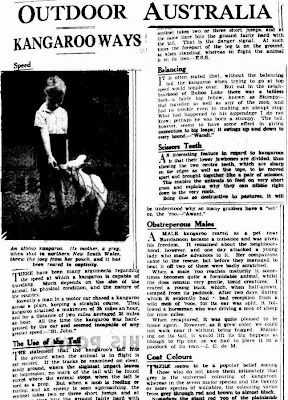 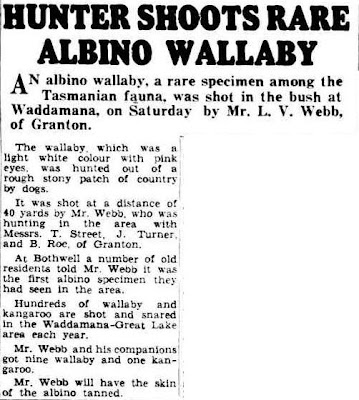