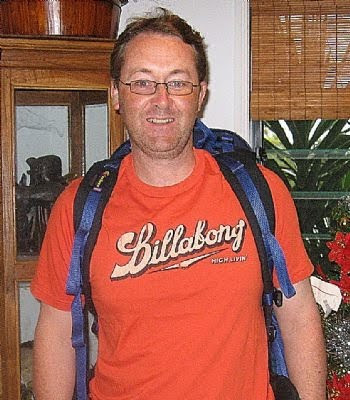 The incredible survival story of Australian Hayden Adcock, the man who survived 11 days lost in the Laos jungle in 2008 and was attacked by giant lizards, is the feature of episode #3 of Miracles, and can be viewed on ABC's iView for a short time here:
http://www.abc.net.au/iview/?series=2942411#/view/593764
The program includes interviews with Hayden and his family and actual rescue footage.
Hayden survived exposure, internal bleeding, multiple organ failure, various infections, blood poisoning, pneumonia, maggots and having his flesh and the skin on his feet eaten by giant lizards!
Seven months later, after learning to walk again, he returned to laos to meet and thank all of his rescuers. A miracle indeed.
Posted by RR at 23:36